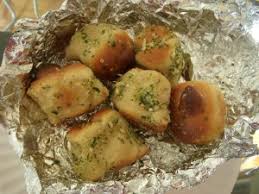 My dog never gets sick of eating chicken. The guy couldn't care less. I respect that.

My girlfriend is gone, tonight, so it's just me and the guys in the apartment. Guys' night in. Me, my cat, and my dog. Just sitting around and sniffing stuff and preening and dozing off. We're really something, the three of us. Just guys.

Tomorrow is picture day at school, and I am in serious need of a haircut. I fear that my picture will be an abomination. My wardrobe has really gone down the tubes, this year. I am wearing stuff from my 2008 line. It's boring, but I am broke and short on time. My shoes are scuffed up and look like they belong on an old man. I really need to clean up my act.

I saw Jackass 3D. It was like any other Jackass movie. I enjoyed it. I saw it with a couple of friends. We went to the Beekman Theater, on 66th and 2nd Ave. That theater rules. It's slightly hidden and only has two screens, but it's big and clean and new, and it doesn't get too crowded (it seems). After the movie, I gave my friend a flask that's shaped like a cell phone and filled with J&B scotch. Then we tried to find a basic pub so that we could eat and drink a little, but the upper east side offers no such thing. They just have Italian restaurants that charge $30 a plate, and fancy bistros. We walked around for 45 minutes and eventually gave up. If you don't have a lot of money, you can't hang out in that neighborhood, unless you are going to the pharmacy or a standard pizza place.

Once my friends and I parted ways, I went to a standard pizza place, and this lady kept offering me her garlic knots. She was very gracious. I accepted, and as I was putting the garlic knot into my mouth, she said, "I put salt on it." I was repulsed. But I choked it down, out of respect. As I swallowed, I thanked her. She said, "No problem. I always share my food. I'm like that." Then, this drunk young guy came into the pizza shop and started asking the guy at the counter if the cookies and other pastries were real. Then, he said something to the garlic knot lady, and she said, "Oh I know you're not talking to me!" And he walked out and said, "This guy gets it," and he pointed at me. I replied, "Yeah, I get it," and then I almost said something like, "...I get that you're stupid," but I held back, and the garlic knot lady said, "I get that you're stupid," and then, to me, "He walkin' around drunk, livin' off his mama." The whole situation made me feel nothing, really, but that lady was very nice to share her food.

The moral of the story is, Don't go to the upper east side on a Saturday night, because you'll end up with a boring story to tell.
Posted by Will Garré at 9:51 PM No comments: 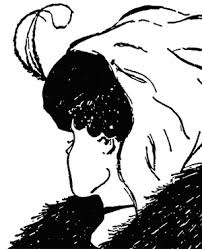 My girlfriend made the chicken parmesan meal I was talking about. I guess I have to see Paranormal Activity 2 with her, now. Shit. I'm doomed. I'm doomed to fear demons for 3 weeks straight.

The chicken parmesan came out pretty good. She cooked the chicken perfectly. I was impressed. The penne pasta tasted delightful, as well. You know what doesn't taste delightful? Demon breath, as the demon pins you down while you're sleeping. The hag demon. God, how I fear the hag. I hope to never be victimized by the hag. Have you ever heard of the hag? That's the old lady demon creature that climbs on top of you when you're sleeping and makes you feel paralyzed. The hag is so selfish. The trick with the hag is that you have to blur your vision and look at her another way, and she looks like a pretty young woman. Not everybody knows that, though. I saw a lady on TV who was tortured by the hag for years, and the only way she could make it stop was by receiving therapy from a shaman. Get a load of that, huh? I never want that to happen to me. So unfair. Demons have extraordinary superpowers and signature moves.

The worst part is, the more you think about the demons, the more you let them into your home. It's like that movie, Skeleton Key, where the lady is in the house, and she doesn't believe, but then she believes a little, which causes her to eventually host the fiery demon. That's why I don't want to see Paranormal Activity 2. If I see a movie like that, I'll think about it all the time for the following 14-21 days. My girlfriend can watch that sort of movie and immediately move on with her life. I watch a movie like that and I need a shaman to deliver me from evil.

I hope I am never possessed by an evil spirit. Body possession is immoral. It's a form of bullying, and I won't stand for it.
Posted by Will Garré at 10:53 PM No comments:

We Are Monsters (Living in a Monstrous Home) 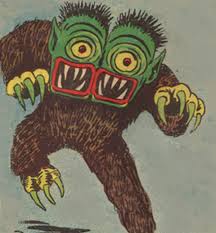 My girlfriend and I live in squalor and filth, so we decided to spend the evening eating brownies and pizza at my friend's place. It was nice. They have a cute French Bulldog. I guess the little guy recently got jumped by a larger dog, during some sort of Milkbone dispute, so now he's got one eye that's red and a bloody lip. Poor little guy. His spirits are high, though, which is important.

When I saw my friend tonight, I got nostalgic, because he and his wife are about to have a baby, and time just goes by so fast. Then I fantasized about saying something poetic and profound to him on his deathbed. Is that a normal fantasy? I don't know. It made me feel good. I pictured myself saying something like, "Life just goes by, and then you're dying and almost dead, and look at you, looking at me, the guy you went to college with, a much older guy now, by comparison, but, in many ways, the same man, yet different. Life plays out the story of you without you even knowing it, and then, all of the sudden, you realize you've been playing a certain character for quite some time, and maybe you like the guy you've played, or maybe you don't, but it doesn't matter because you played a necessary role, my friend. I look at you, dying, an old man, frail and wrinkly, and I still see my good pal from days of yore. I remember your youth, my friend. I remember you when we played intramural basketball, and you tried to fight that Turkish dude. It's cool, man. You were an English major, and you probably read the Iliad one too many times. I know I did. It's cool. Have you ever seen Basketball Diaries? Good flick. Leo was young when they shot that film, as you were once young and pugnacious. Freakin' Leo. Good actor. I hope heaven has an intramural basketball team, and I'm on it, along with Teen Wolf. Sleep now, good buddy. Sleep unto your death. Sleep."

I don't know. Is that normal? I think it is a good fantasy. It's powerful. It moved me to tears, almost.

The apartment is dirty. My girlfriend and I are monsters, living in a monstrous home.
Posted by Will Garré at 11:35 PM No comments:

Eat the Chicken, Fear the Demon

Lately, I have had an unnatural urge to refer to cupcakes as brownies. You know, Shakespeare believed that even if you call something by the wrong name, that something is still the same thing it always was and will be. "If you call a rose some other name, it's still gonna be a rose and smell good," Shakespeare said.

I usually bring Crumbs cupcakes home on Tuesday nights. Pow. Then my girlfriend and I eat them. One each. It's a nice little treat. You have to treat yourself.

I don't fear aliens because I think they're fake. Tonight, a tornado flew past my apartment. A tornado. Probably. I don't really know, okay? But it looked--and felt--like a wild vortex was twirling down my street and spitting chunks of hail all over the place. I was afeared. I had to stop making pasta e fagioli for a second and observe the scene. When I looked out the window, I saw high winds and bizarre precipitation. My dog's primal senses were on red alert. He bumbled around the house and ran into stuff with his big head. My cat was also really nervous, but he just sat there with this expression on his face: "What in heaven's name is going on out there on the streets? I'm a cat and I'm afraid that I am about to die."

So I guess I just have to watch out for tornadoes, now. That's great. They say if you're in the eye, nothing happens. It's supposed to be peaceful in the eye. The only way to find out if that's true is to watch the movie Twister.

I felt pretty safe as the tornado passed by, because I live in a sturdy, brick building. If you don't live in a brick building, watch out, because a tornado might touch down and blow your body to pieces. We've all read the Three Little Pigs. There's an important theme in there: Live in a brick house, otherwise, you might be swept into the heavens by a funnel cloud and torn to ribbons.

I'm drinking a delicious tap water. These tornadoes better not screw up Brooklyn's tap water recipe.
Posted by Will Garré at 10:59 PM No comments: My girlfriend has been studying jurisprudence a lot, lately. Too bad for her that I'm above the law. She probably finds that alluring.

I am reading Ralph Ellison's Invisible Man. I just started. The opening pages are pretty powerful. Then it gets a little trippy. I am giving myself the month of October to read this book. If you see me reading it after October, accost and ridicule me for not reading regularly.

To me, Manhattan is a magical city of lights. That's where the big things happen. I like stopping off in Manhattan, after work, and walking the streets, just waiting for a bigtime agent to approach me and give me some sort of big break.

I am so exhausted right now that I am not even sure what I am writing. Falling asleep will not be a challenge, tonight.

If you push "delete" and a letter at the same time, on your keyboard, delete wins. Delete overpowers the letter. It's like pressing a car's gas pedal and brake at the same time. Brake wins, I think.

I finished reading Lord of the Flies, by William Golding. It is a parable that tells us, "Hey, people are naturally evil and want to destroy shit." I liked it. There is some good boulder-rolling in that story.

Bowie knives are awesome, but there are plenty of other types of knives that are also cool to use, unless you play the video game Double Dragon, where there is just one type of knife. But in that game you can throw cardboard boxes and use a bullwhip. So it evens out.
Posted by Will Garré at 11:34 PM No comments: