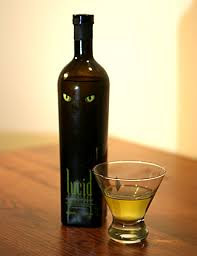 (In this review, names have been changed, to protect the privacy of those individuals.)

I arrived a half hour late and found the two hosts/chefs scrambling around in the kitchen, tripping over themselves. This concerned me. I was also displeased with their casual attire, which did not befit a restaurateur. (One of the hosts/chefs is my good friend who shuns technology, so I will refer to him, in this review, as the Luddite. His charming cohost/sous-chef is a Photographer.)

I immediately left the kitchen, and my outrage was renewed when I noticed one of the other guests—my close friend, a Politician—lying on the ground playing video games on his iPhone, like a child. I felt as if I had entered a house of horrors, rather than an upscale Washington Heights bistro. I extended my hand to my compadre, and he snubbed me, apparently too enthralled by his video game to give me the time of day.

Just as I was about to bring my business elsewhere, the Luddite asked me and the Politician to do just that! Preposterous! He sent us on an errand to buy dessert at the local supermarket. I was appalled, but agreed to help out. (During our dessert misson, the Politician helped an old lady cross the street. I was amazed by his selflessness and sense of civic duty.)

When we returned, three more guests had arrived, including a Swimmer; an Actress (the wife of the Politician); and a Viennese-born, Russian-speaking Ukrainian, who grew up in New York City. I was delighted to see these new guests, indeed, and my resentment toward the Politician had abated ever since he helped that old Dominican lady, so the cocktail hour was finally beginning to take shape.

Since the kitchen was miserably understaffed, I had to pour my own drink, but this was compensated for by the Luddite’s permitting me to drink the 16-year McClelland’s Scotch (est. 1818, 40% alc./vol. ). I was well-pleased. It was clearly a 16-year, aged in a cask made of pure, smoky plywood.

The fruit spread was robust and luxuriant. I don’t believe I have ever witnessed grapes of that magnitude, so shiny and purple, like plums. And whole apples. There were full, uncut apples just sitting there among the lush, plentiful pile of produce. And mangoes. So juicy! And the papaya, so disgusting, if you don’t like papaya (an acquired taste), but so delectable, otherwise! And the strawberries were so red and juicy that the Politician and I ate nearly the entire platter.

More guests arrived, and Chez Curtis erupted in jovial merrymaking. There was a Man with a Ponytail, a Woman Wearing a Sparkly Top, the Luddite’s Ex-roommate, and the Ex-roommate’s Boon Companion. There were eleven of us altogether, including the hosts. While everyone became acquainted, I noticed the Politician pulling a fine bottle of absinthe from the top shelf of the Luddite’s liquor cabinet. He sipped it, furtively, underneath the Mao Zedong poster.

Ah, and the cheeses! They were of the finest quality available in North America, and they were accompanied by a finely-crafted Nutcracker cheese knife. Unfortunately, the cheese platter was positioned on a wobbly shelf, making it hard to cut, so no one ate it. I nibbled at it as much as I could, which was difficult, because the Politician kept cutting in front of me, like a barbarian, to access the artichoke dip.

The restaurant was mostly decorated with bottles of booze and books. My favorite bookshelf featured classics like, The Hero with a Thousand Faces, The Brothers Karamazov, and Saratoga in Bloom. But, when I saw a book called The Communist Party Apparatus, I became nervous and uncomfortable. I was unfamiliar with this book, and I could only surmise that the owner, the Luddite, was some sort of Communist sympathizer who wanted to poison me.

Soon, the Luddite clanked a fork on his glass a few times to signal the feast’s commencement, and we all took our seats around the table. The table was fastidiously decorated, with three centerpieces, composed of rare Senegalese flowers that could not have possibly been purchased shortly beforehand at the local bodega.

The first course was a salad. It was plated elegantly and included edible flower petals. Looking at this salad was like looking at a beatiful woman. I devoured it like an emaciated dog. Exemplary.

I turned to the Swimmer and noticed that she had three cans of pineapple juice. Chez Curtis is a BYOJuice establishment, so this made perfect sense to me.

The technologically advanced, American-made Zenith sound system began to play Sting, marking the advent of the second course. It was a soup, from Ghana, and it was actually made in Ghana and transported to Chez Curtis, specifically, for this dinner party. The soup was a delight. We were amazed by its rich flavor and bold spices. The Swimmer encountered some sort of freakishly hot pepper and had to excuse herself from the table, twice. The Photographer called it a Light Soup, and the Man with the Ponytail explained that it was called “light” because it had exactly 1/6 (or 18%) the spiciness of traditional Ghanaian soup. I just did the math, and 1/6 doesn’t equal 18%, but whose math skills wouldn’t be compromised while eating oxtail steeped in a thick, piquant broth? Also, there may have been goat’s flesh in the soup. Triumphant. There is nothing more thrilling than goat’s flesh.

I looked over and saw that the Politician’s soup was completed in record time. He reported “minor sweatage,” due to the soup’s inherent zestiness, but had a flawless victory, nevertheless. His wife, the Actress, is vegan, but Chez Curtis went to no small amount of trouble to accommodate her needs. She was served a scrumptious vegetable soup, and she loved it so much that she carried on about it, incessantly. The Politician eventually chastised her for talking out of turn. This caused the room to become quiet and filled with tension.

As I savored my glass of 2007 Bordeaux, which went perfectly with the soup, I looked to my right and noticed that the Viennese-born, Russian-speaking Ukrainian, who grew up in New York City, was drinking straight vodka. I felt unmanned.

The third course was a shrimp shish kebab. The flavors were explosive. And the plating: exquisite. There was a slice of perfectly cooked plantain, and it leaned upon a sliver of avocado (and it did so with insouciance). I was impressed. Tom Colicchio couldn’t have done a better job, himself. And if he would’ve tried to do a better job, I wouldn’t have let him. I would’ve been like, “Put down the knife and step away from the kitchen, Colicchio! You’re not wanted here!”

Our plates were cleared, and the Politician began discussing Max Brooks’s novel, World War Z, with the Man with a Ponytail. The rest of the guests felt alienated. Then, an actual zombie stumbled into the bistro, drunk on brains. The Politician engaged the zombie in hand-to-hand combat. A messy ruckus ensued, and the Politician caved-in the zombie’s skull with his bottle of absinthe. He then chugged the absinthe, to prove a point (mostly to himself). Chez Curtis is holding him responsible for $1400 worth of damage to the establishment, because, unfortunately, the zombie was a figment of his imagination. The money will come out of his 2012 campaign fund.

After he had time to gather himself, the Politician shared a personal story about a young girl he knew, named Shithead. “It’s pronounced ‘shi THEED,’ but it looks like shithead!” he said, tittering. We laughed and laughed and thought to ourselves, I guess it’s okay that he fought an imaginary zombie and knocked over the Senegalese plants.

The fourth course was a delicious roast rack of lamb, with rice and scallions. The lamb was cooked to perfection and had a charming rosemary crust, making it a gastronomic powerhouse. A homemade sweet bread was served as well, to accompany the dish, and all who ate it felt a cozy, fireside warmth, deep in the cockles of their heart. The Swimmer even gave the lamb two thumbs up (but this may have been biased, due to anticipation). She was invigorated by this course, and explained to the others that she would “fuck a zombie up.” This pleased the Politician, who, by the way, was half-conscious and no longer in control of his bowels.

During the fourth course, the Actress, again, was not forgotten. Her vegan palate was well-satisfied by Chez Curtis’s signature Carrot Olive Extravaganza. The Luddite was so proud of himself for constructing this meal, he explained to the dinner guests that, if he “had more business acumen, [he] would not hesitate to ‘Bill Gates’ it out.”

As it was growing late, the Politician and the Actress had to depart. We said our goodbyes, and the Politician made the following closing remark, unprovoked: “Sean Connery was a pimp from 1961 till yesterday!” No one knew how to respond. It was clear that the absinthe had transformed his mouth into a conduit for the devil.

The fifth course—dessert—was served soon after they left. There were two cakes: Cookies and Cream, and German Chocolate. Both were toothsome. And, of course, the flagship dessert: Strawberry Chocolate Fondue. As I dipped each strawberry into the melted South American chocolate, I felt like Jabba the Hutt when he eats those slippery, squealing frog things, in Return of the Jedi. Or at least I enjoyed the strawberries in much the same fashion.

The dessert was complemented by a sweet, sparkling white wine, called Moscato. This bubbly, saccharine beverage commingled harmoniously with the chocolate-covered strawberries. I believe I have never before felt such gustatory rapture.

Satiated by our sumptuous, five-course banquet, we relaxed and conversed about a variety of topics. We revisited the zombie theme, briefly, and discussed the advantages of modern technology, all the while serenaded by a 1983 Zenith stereo. Although the service was slow, at first, and our reservations got pushed back three hours, my experience at Chez Curtis was extremely pleasant. The official stats are below: