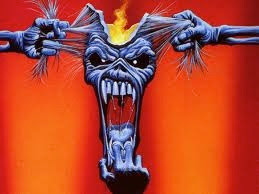 I work as a mechanic for a bike share company. The bikes are out there on the streets, being shared by the public. Bike sharing is fantastic.

Guess what, vandals? I'm in there with the other mechanics, scraping off your stickers, and it's a waste of time. It'd be different if we had no bikes to fix--in that case I might thank you for giving us work to do, and, in turn, job security. But we're all set. We have plenty of work to do without having to scrape off your dumb stickers, which are so dumb no matter what. By that I mean you're dumb, as in, not cool. And your stickers are dumb, in general.

Your stickers are so dumb. For instance, "Robot Love." I don't know who's putting the "Robot Love" stickers on the bikes, but we'd like you to stop. It's not cool (by "not cool," I don't mean "not okay," I mean, "it's not cool, just like you're not cool, as I explained above [you're dumb]").

In order to be cool, you have to be sticking your sticker to the man in some way. Your "Robot Love" stickers are being stuck to the little guy. They stick to me and my colleagues. I know it must be hard to come to terms with this. You're just not good at being cool or sticking cool stickers on stuff. You and everybody else like you seem to have made a huge mistake, and there appears to be some sort of sticker misunderstanding.

Let me put it this way: Last week, I spent a great deal of time spraying your stickers with denatured alcohol and scraping them off the down-tube of our bikes with a razor blade. I scraped your sticker and listened to CONVERGE, and I rocked out to it, and my rage flowed generously. I raged your stupid sticker to pieces and removed every last trace of it. The angry guy who listens to CONVERGE while removing the sticker is the cool guy. By "cool" I mean "not you," or, more specifically, "you as you see yourself, but not as you are." The working man is the cool guy. CONVERGE-rage-sticker-scrape guy is the cool guy.

Every time you adhere a sticker to the bike-share bike, you decrease your coolness points, and increase mine and those of my coworkers. Is that what you want? Do you want 11 bike mechanics to be cooler and more rebellious than you are, wearing our little polyester uniforms and listening to IRON MAIDEN. We listen to IRON MAIDEN and thrash your decals, "Robot Love." We hate-thrash your adhesives and rock out to IRON MAIDEN. The more stickers you stick, the more we become what you hope to be. We're so cool we can't stand it.

You know that part in Return of the Jedi? The part where Luke wears the hood? You want that so badly, but you can't just sticker your way into a Jedi hood, "Robot Love." You can't vandalize your way into the Rebel Alliance.