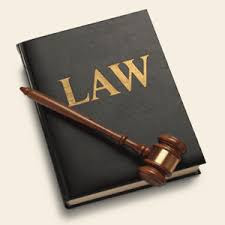 My girlfriend sure reads a lot, now that she's in law school. What a dumb type of school to attend. I would never go to law school.

My tooth is throbbing, and I want to rip it out of my jaw with a pair of needle-nosed Vise Grips.

I bought my girlfriend some beautiful birthday flowers, but now they're all withered. That probably means we're going to break up. Damn it!!

It's going to be hot this week. That means I'm going sleeveless tomorrow morning, during my commute. Let the AM excitement continue. I have been waking up so early, lately, that it sort of makes me want to cry.

I'm gonna go relax and eat snacks. Adieu.
Posted by Will Garré at 8:37 PM No comments: 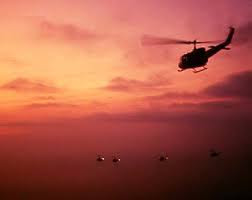 I took a nap and dreamed that I was messing around with Pamela Anderson in the ocean. She was nude. I found the dream to be very pleasant, overall. Not too shabby, huh? Good old Pamela Anderson. Remember when she was on Baywatch? Good program. I used to watch that show on Sunday nights while doing my English homework. My dad would be lying on the couch, and I would be on the floor, making a poster about a vocabulary word, like "adroit." I guess the assignment was effective, because I still remember what "adroit" means: adj. clever or skillful in using the hands or mind. Yup. I actually just looked that up on my desktop dictionary, but I remembered the definition as something like that. I swear.

I boiled a chicken and fed it to my dog. He enjoys eating the meat of another smaller animal. My dog enjoys ripping apart the flesh of another animal and wolfing it down.

My cat is obese and lumbers around the house with a cranky attitude. His stomach is very pink and tender. I like him, even though he is a jerk.

I had a daydream the other day: Some apocalyptic event has occurred, and I am escaping, with my girlfriend, in a helicopter, and we are flying close to the ground, and the enemy is firing at us, but I hang out of the chopper and extend my hand, calling to my pets, as they run alongside the aircraft. Franklin's tongue is flapping wildly, and he's barking. Superman is lagging behind a little bit, but he is somehow able to move his furry mass at a considerable speed. His eyes are blood-red and bugging out of his small cat skull. I am able to grab Franklin and bring him into the helicopter. Soupy, on the other hand, is still too far behind. He needs to hurry up. Then, with a nitro boost, he springs toward the chopper's landing ski thing and hooks into it with his trusty claw. He hangs there, body dangling, the wind blowing through his fur, a look of alarm on his face, as we ascend ever higher into the firmament. Soon, I grab him by the meat of his nape (like his mother used to do) and lift him into the helicopter, where the rest of us are safely seated. That's it.

I also had a subsequent daydream, with an alternate ending, in which neither of my pets ever made it into the chopper, and we had to leave them down there to fend for themselves in a maelstrom of bullets. This alternate ending made me sad.
Posted by Will Garré at 11:19 PM No comments:

I just got back from a vacation in Puerto Rico. It's a beautiful place. My girlfriend and I went to a destination wedding at El San Juan Resort and Casino, in Isla Verde. The accommodations were sumptuous. My favorite part was the $15 breakfast buffet.

I used the hotel gym a couple of times, and it was weird yet awesome. My friend, Jeremiah, has taught me to enjoy the weird/awesome parts of hotels, such as the gym facilities and the free apples. One time, at "the W," I was hanging out with Jeremiah near the lobby bar, and he casually grabbed an apple out of the bar's fruit basket and began to eat it. I was impressed. For some reason, I guess I never took that sort of fruit basket seriously. Or maybe I was afraid to make myself look desperate by taking the free apple. I don't know, but ever since I saw Jeremiah do that, I never hesitate to avail myself of free produce. Also, during the same hotel stay, Jeremiah would wake up early and work out in the strange complimentary gym. Again, I was impressed and wanted to be like Jeremiah. And look at me now. I used El San Juan Resort and Casino's gym twice in three days, and it felt spectacular. Thanks, Jeremiah. You're an inspiration.

Also, my new thing is that I pack all of my stuff and clothes away in the closets and drawers of the hotel room. I used to just live out of my suitcase when I stayed at hotels, but now I have learned to use the storage space that comes along with the room. It's great. It soothes me. It makes me feel organized. It's simply the right thing to do.

I got a haircut at the resort salon, and the lady used little pink clippers to trim my eyebrows, without even asking. She just assumed I wanted my eyebrows to be shaped. I was aghast. It turned out fine, though. She also used black hair paint to make my thinning hair appear more voluminous.
Posted by Will Garré at 9:30 PM No comments: 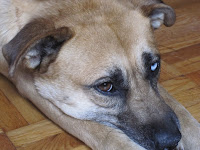 I'll tell you, there is nothing nicer than a brisk exercise session, with your pet dog, in the park. It's very primal. Very primal. I have been going out every morning, with young Franklin, to Prospect Park, where we jog and sometimes caper. Also--this is new--we have been riding bikes in the park. I ride my bike and attach Franklin's leash to my seat post, and I max out his top speed. It's totally satisfying to watch your dog reach his max speed, especially after he has been stuck in the doggy crate the whole night. In case you're wondering, Franklin's top speed is 19 mph. I feel like he could go faster if his wind-dragging tongue weren't hanging from his mouth. When my dog's tongue is hanging out of his mouth, he looks goofy. When he keeps it in his mouth, he looks handsome and austere.

Franklin's least favorite part of the morning exercise sesh (or, as I like to call it, "gym class") is when we stop at the hobo beach and I do push-ups in the dirty sand, among the goose droppings. I tie Franklinstein to a pole and he watches me do the push-ups. It's not much fun for him. Cesar Millan does not mention anything about push-ups being a natural dog need/tendency. Franklin just sits there and whines a little bit, while I perform reps and say "No!" to him, utilizing a calm, assertive tone.

This reminds me of a funny Mitch Hedberg joke: "Dogs are forever in the push-up position." Indeed. And mine has to watch me do push-ups in goose shit.

If I saw Cesar Millan in person, I would go bananas. That guy's awesome.
Posted by Will Garré at 6:17 PM No comments: