Don't Even Bother Reading This Piece of Crap Blog Entry

Man, I'm telling you, I cannot get enough of this David Copperfield. In today's reading, young Davy and his love interest, Em'ly, kiss outside of a church while Mrs. Peggotty and Mr. Barkis are getting married. After their kiss, ten-year-old Davy explains to Em'ly that he will never love another girl, and that he will not hesitate to shed the blood of any potential suitors.

I didn't know David was so badass. If only he could stand up to his abusive stepfather, Mr. Murdstone.

David Copperfield is making me laugh, out loud, more than any book I have read for a while. And I am not making fun of the book, either. Charles Dickens has made me laugh intentionally and unintentionally, many times. It's good stuff. Great storytelling.

The version I am reading was edited by Jerome H. Buckley, who is some scholar guy. He also wrote the Preface, which is awesome, because he uses the word, bildungsroman. The novel is a bildungsroman, indeed.

There's probably nothing more exciting than reading this crappy blog entry. Disgraceful. I should have stopped after the first paragraph.
Posted by Will Garré at 10:41 PM No comments: 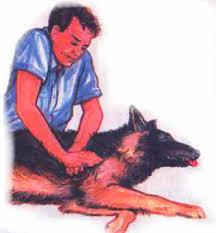 So, I mentioned in my last blog entry, that I am currently reading Dickens's David Copperfield. I'm into it. Check out this crazy thing that just happened: Young Davy is away at boarding school, and they call him in to speak with the head of the school and his wife. It's his birthday, so Davy expects a gift from Miss Peggotty, his friend/maid. Instead, the wife of the head of school says, "David, I'm afraid your mother is very ill." And Davy is like, "Wha?" "She's extremely, terribly ill, my boy," she adds. And Davy responds, "Oh no." And then she says, "Your mother is dead."

What kind of a way is that to break the news to the poor kid? I thought it was pretty hilarious. You have to be really, really ill to be dead. Actually, that's about as ill as you can possibly be. "Hey, Fred, how's your dad? I heard he's sick." "Oh, yeah, Tim, he's horribly ill, still. He can't even move." "Really? Oh man, I'm sorry to hear that, Fred." "Yeah, it's pretty bad. He's dead." "Ooh. No bouncing back from that sickness, eh?"

My father's German Shepherd recently passed away. He told me about it yesterday, over the phone. He said, "Adrian passed away last week." I felt for him. I am glad he didn't say, "Adrian is horrifically ill...she's dead," because then I just would have felt confused.

Some 4th grader was having a devastating asthma attack today, and I was asked to go into the bathroom with him, because he felt sick, but I didn't know what to do to help him, so I just watched him gasp and puke into a garbage can. When I asked him if he could breathe, he shook his head "no," and I was like, "Aw man," and then I just continued to watch him gag and wheeze. I am certified to perform CPR, but that only helps after the victim has collapsed and turned purple. It may have seemed like I wasn't helping, but rest assured, if that kid had flatlined, I would have been on top of him in two seconds, cracking his ribs with my two-handed chest pump, keeping that precious blood flowing to the brain.

His puke was surprisingly unscented.

Particularly Psyched Out of My Mind 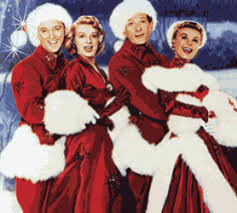 I am about to go to the grocery store. I can't wait to trample someone on the way in. A store entrance stampede is pretty much par for the course, these days.

I've been reading David Copperfield, by Charles Dickens. It's enjoyable. I haven't read it for about a week, though, so it is just sitting there on the table, looking really heavy and hard to crack open. One of the great things about reading really old literature is that you learn all these funny, outdated words and turns of phrase. For instance, instead of saying, "Hey Suzy. Wow, what a pretty dress you have on, there," you could say, "Hey Suzy. Wow, what a bewitching dress you have on, there." It may not seem that cool if you read it, here, but if you said it in real life, people would think you're a class act.

I like the movie, Scrooged. I can't get enough Bill Murray. I hope to catch that movie on TV at some point in the near future. I think I have a good chance. It's the Christmas Special season.

I am getting more and more into the movie, Elf. That's a good, new Christmas classic. I like the part where the dwarf says he's "particularly psyched out of his mind" about some of the ideas he has for children's books. I also like Will Ferrell, in general.

I also like Bing Crosby.
Posted by Will Garré at 6:43 PM No comments: 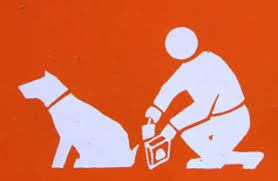 Busybody old ladies make me mad. I had a little encounter with one, today. My dog took a dump next to a tree, and she yelled, "Get a puppy bag! Get a puppy bag and clean up after your dog! Don't mess up our neighborhood!" Then I assured her that I would clean it up, and she ignored me. What a moron. I wanted to chuck the poop bag at her head, so that it would slap against her wrinkly face, shaming her in front of others.

Curmudgeonly old men are kind of funny, but busybody old ladies have no redeeming qualities. There's nothing worse than an old lady that gives you the hairy eyeball, because she disapproves of what you are doing. Oh man, that really gets me going.

A poem about that old lady:

Hi old lady from earlier today.
You're an idiot.
My girlfriend is in the store right now,
getting a bag for my dog's poop.
So you don't need to call me out, in public,
and wrongly accuse me of dogshit delinquency.
Now go home and choke down some oatmeal,
you confused, creaky antique.
Nice outfit.
Posted by Will Garré at 11:18 PM No comments: 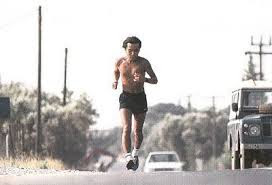 I'm drinking a big, gigantic beer. It is important for everybody to know that. I spent my day doing laundry, 'n' stuff. I really feel like I have nothing to offer the readers, tonight. Nothing at all. I feel a little pissy, to be honest. Peevish and pissy.

I took my dog for a walk, earlier, and he tinkled on a tree and also in some crunchy leaves. He took a tinkle. He piddled all over some dirt.

I am reading a memoir, by Haruki Murakami, called, What I Talk About When I Talk About Running. It's cool. One of the things I really like about that author is how he makes regular exercise a part of his life. He's got the right idea.

I recently finished his novel, South of the Border, West of the Sun. It was okay, but I lost interest in one of the female characters when she became ill and needed medication. She suddenly became unappealing to me. Also, the author kept describing her thin lips and red lipstick, which grossed me out. I used to hate when my mother and I would be at the movies, and she would take a sip of my soda and leave red lipstick on the straw. Gross. And in the book, the protagonist finds it sexy how this woman leaves her lipstick-stamped cigarettes in the ashtray after they have had a flirtatious encounter, and I couldn't relate to that.

I'm psyched about the new Conan show. Conan's funny.
Posted by Will Garré at 10:49 PM No comments: