The Texture is Soft 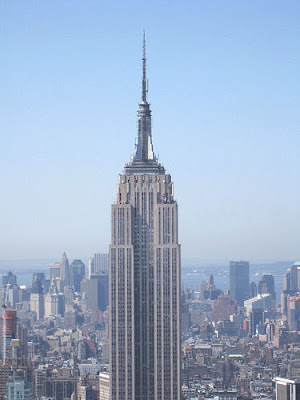 My girlfriend and I now have a new couch. The thing was quite a steal. We bought it from a musician person in the Upper East Side, which is a very nice neighborhood, indeed! That means the couch must be perfect and couldn't possibly contain a demon. (I've seen Paranormal Activity; I know what demons are capable of. I also know that demons are cowards.) I'll punch a demon in the throat.

Raise your hand if you've ever seen a demon. That's what I thought.

So this new couch is really something special. It feels very soft. The texture, I mean. The texture is soft. The cushioning is soft, too, but not too soft, if you know what I mean. I don't like couches that are too soft, because they can be uncomfortable. A little bit of firmness is nice.

My girlfriend and I traveled to the top of the Empire State Building. It was stellar. I suggest going at midnight, then you avoid the extreme crowds and insufferable line. At peak times, that line will kill a man. We're talking a three hour wait, at least. Go at midnight; you'll wait 30 minutes, max. And get the "Audio Tour." It gives you all types of interesting trivia. For instance, I learned that that slanted Citigroup building was originally supposed to have solar panels on the slanted roof, but then they never put the solar panels on there. Pretty cool, eh?

I was riding my bicycle through the Bronx on Saturday (I had taken this CPR course at my school), and I rode past those Israelite Church of God in Jesus Christ guys. I have mentioned them before in this blog. They hate white people a lot. As I rode my bike closer to the guys, I heard them explaining how white people are dogs and how we smell and look like hell. I rode my bike past him, and this little kid ran in front of me in the crosswalk. I thought about how bad the timing would have been if I had struck the kid with my bike. The Israelite Church of God guy would have been like, "You see! I told you! The devil!!" Luckily, I didn't hit the kid with my bicycle, at all.

I have a comedy show coming up on Thursday, July 1st. I'm excited. I haven't performed for a real crowd for so long. I plan to blow the roof off that place. Kapow!

Office Space is a hilarious movie. I like when they beat up the fax machine. Haha. That movie just keeps getting better and better for me. I like when movies or songs improve with age.

What age are you? Mull that one over for a second. Grow a mullet for a second.
Posted by Will Garré at 6:21 PM